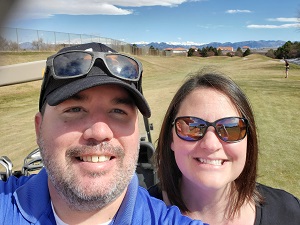 Let’s spotlight the one and only Corey Pottratz! Corey joined Anchor in November of 2013 as a Service Desk Engineer and moved into the vCIO position in 2015. He tells me he has primarily worked in small companies where he did a little bit of everything and discovered what he enjoyed the most was IT. He had been in a customer service role and wanted to find a job that embraced both and then he found Anchor! Corey likes working for Anchor because everyone has the same type of customer service mindset when it comes to meeting the needs of our clients. He says he learns something every day and life at Anchor is never boring! As vCIO, Corey enjoys diving into the clients’ business goals then learns about what they currently use to make sure they have the right technology in place to meet their needs.

At home Corey enjoys home improvement projects and last summer built a deck in his yard. He married his wife, Autumn, 13 years ago and together they have an adorable 7-year-old daughter named Khloe. Corey enjoys snowboarding but says he hasn’t been doing it as much as he’d like to these past few years. In the meantime, he plans to pick up a Freeboard to keep him in snowboarding shape over the summer!

Here is some Q & A fun with Corey:

Q: How would you spend 1 million dollars?
A: I would invest some, make sure family and friends have extra and my dream would be to have a vacation home in Breckenridge.

Q: Tell us something we don’t know about you!
A: I’ve studied comedy improv. I’ve owned my own business. In different jobs I’ve met celebrities and dignitaries. My favorite was Kurt Russell. He had his boys with him, and they were the most well-behaved kids. I could tell they were raised with proper respect; it was a cool experience. I shook hands with Al Gore when he came out for the Columbine Memorial. I was serenaded by Seal back when I was driving a limo. I met Sandra Day O’Connor and when I worked at an airport, and I met the Dalai Lama! He put his hands together as though in prayer and bowed to me and walked away!

Q: Do you have a personal philosophy?
A: Be fair and kind

Q: What is your favorite animal?
A: Monkey

Q: Do you have a guilty pleasure?
A: You know this one already…Starbucks iced coffee! (he walks in with one every day!)

Q: Do you have a favorite vacation spot?
A: Locally would be Breckenridge or anywhere in the mountains, but Hawaii is my all time favorite.

Q: What is the best concert you’ve seen?
A: The Bare Naked Ladies when they played at Vail Snow Days. There was a heavy snowfall and it was an outdoor show and created a great mood, plus we were right up near the stage. It was a great time, they did a lot of improv songs based on what they saw in the crowd and a lot of Christmas songs, it was very magical. 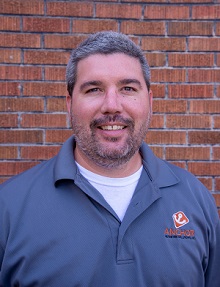