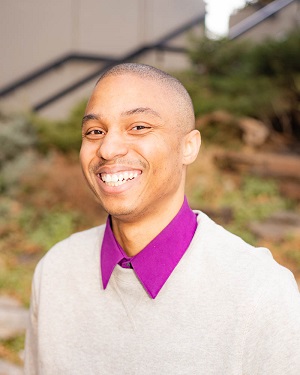 Stephen joined Anchor in November of 2018. I asked Susan to help me describe his presence on the Service Desk and she offered this: “Stephen is perceived as quiet by visitors, however, the Team will say he chooses his words wisely and waits for just the right moment to join in the conversation or crack a joke.”

They say it’s always the quiet ones, so I will share my favorite experience with our taciturn Service Desk Engineer. Anchor likes to work hard and have fun and we always ask for suggestions from the staff. It turns out Stephen enjoys Karaoke so when he mentioned a Groupon for The Voicebox, we said sure! A suite was reserved and about 10 of us went to see what this was all about. Our song list came to life and after a few icebreaker songs from some of the other guys, Stephen took the microphone and belted out Whitesnake’s ‘Here I Go Again’. This was followed by several of Prince’s songs and I was mesmerized at the transformation that we all witnessed. Stephen did not just sing Prince, he became Prince. I was both shocked and blown away by his talent and lack of inhibition when behind a microphone! I laughed so hard that evening that I may have permanent damage to my cheeks!

Stephen likes working at anchor because “The atmosphere is very unique. People are accommodating and usually happy! I like that the challenges are different every day.” I recall in his interview he told us that he got into IT because of his father who is a former Marine specializing in Data Communications. He jokes that he still doesn’t know exactly what his father did, but this bred a desire to learn IT and be better than his dad at fixing stuff. Apparently, father and son are extremely competitive at the basement pool table as well! This competitiveness spills over to his work on the Service Desk and as a result, he enjoys the rapport he has with his Teammates who challenge him step up his game.

Because of his Dad’s military career, Stephen lived in many places and went to 6 different Elementary Schools. He lived in Okinawa, Japan for 4 years! Upon returning to the states his family moved between Mississippi, Georgia, North Carolina, Virginia, D.C., California, and New York! I asked how he ended up in Colorado and he said that on a flight from California to New York the family had a three-hour layover at DIA and after staring at the mountains for all those hours he proclaimed to his folks that he would move here someday! He was 13 years old at the time!

Here is some Q & A fun with Stephen:

A: Snake! I’ve always had that nickname and even when I took the Harry Potter test I came up as Slytherin!

A: I love trashy reality TV shows. My favorite is MTV’s The Challenge. Yes, It’s still on!

Q: What is the biggest fear you’ve overcome?

A: The ocean. It’s always creeped me out. It’s the unknown. When I watch those shows about those deep dives and how they don’t really know what is down there, I just say no way.

A: I’m a movie buff but my favorite has to be The 5th Element. I have a thing for Bruce Willis movies.

Q: Do you have a hidden talent?

A: I can sing. (said with a modest shoulder shrug)

Authors note: As I mentioned earlier, he can in fact sing! I asked a follow-up question in regards to his mild Prince obsession and again this comes from his father. It seems one year in his youth when the family was driving cross country from New York to California, their car was broken into and all but the Prince CD’s were stolen as they were stored in a safer place. As a result, the whole drive out they listened only to Prince, and so it began!

In case you don’t believe me: