Vince Gets to Meet Peyton Manning! 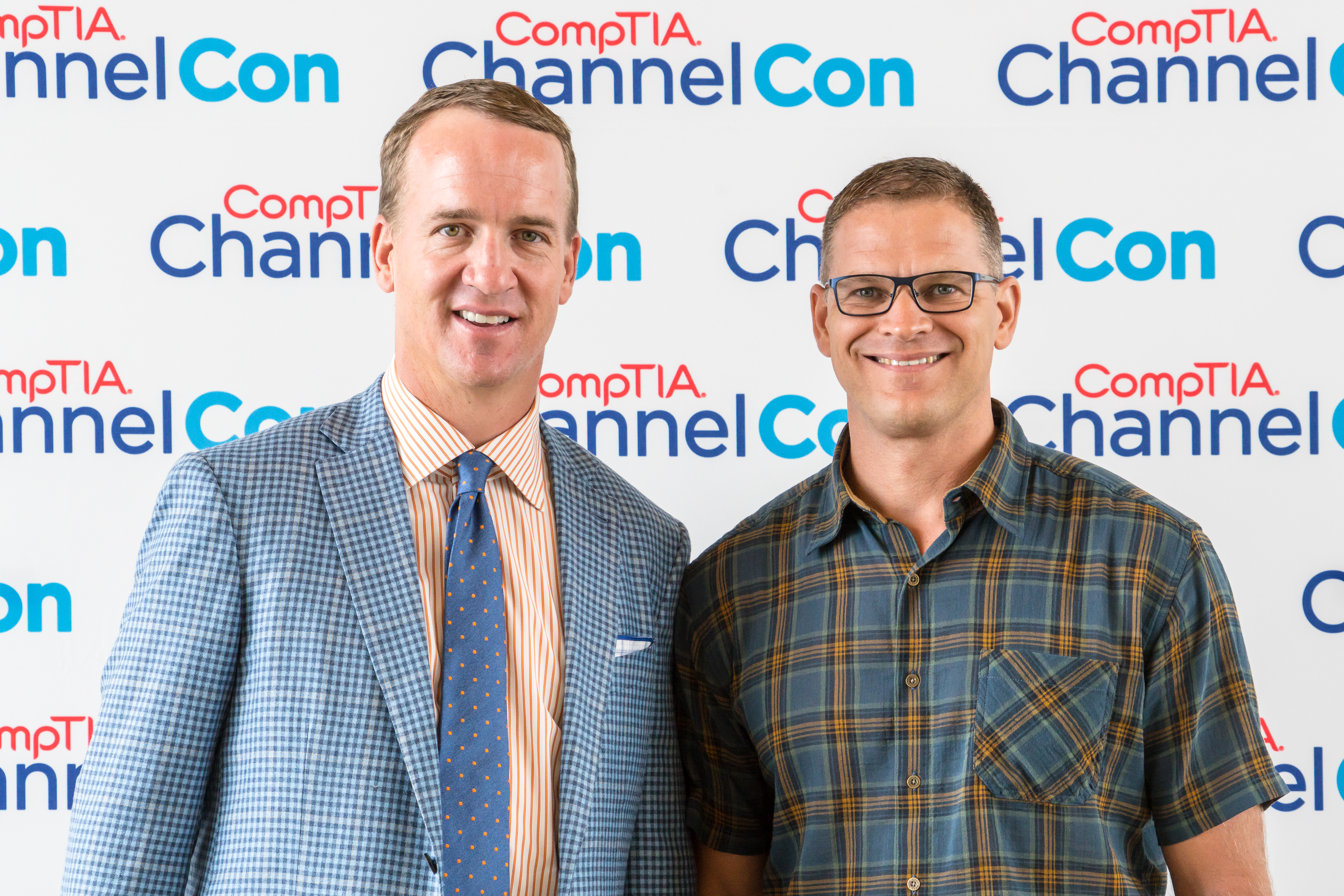 As the Chair of the Managed IT Services Community for CompTIA, Vince was among a small group that had the opportunity to meet former Denver Broncos quarterback Peyton Manning. He was the keynote speaker at CompTIA’s annual ChannelCon event, which was held at the Diplomat Resort in Hollywood, Florida in August.

Said Vince, “I’m not typically wowed by celebrities, but having watched Peyton in college at Tennessee and with the Broncos, I was excited to meet him. For a guy who’s rarely at a loss for words, I stumbled and fumbled all over myself like a kid! It was a lot of fun and I’m grateful for the opportunity to meet him.”